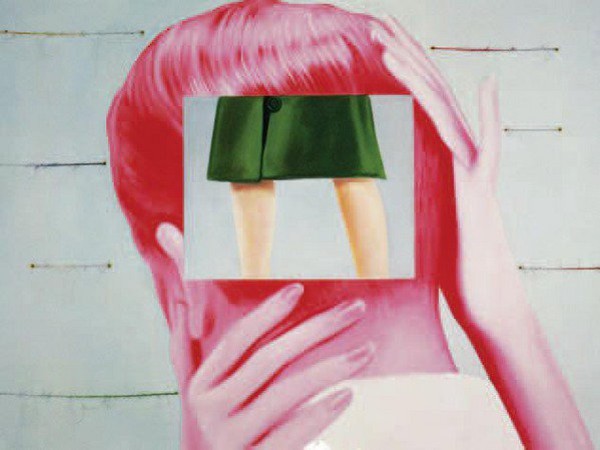 The exhibition aims to pay tribute to one of the leading protagonists of international collecting of the 20th century, Giuseppe Panza di Biumo, a man whose passion, intuition and faith in contemporary art have made it possible to create one of the most interesting collections of post-war American art.
The exhibition offers a careful selection of masterpieces collected since the early years of his activity ascollector, from abstract expressionism and pop art to minimal and conceptual art as well as pieces from the “third collection”built up since the 1980s. Approximately 40 works by 27 artists have been loaned to Venice from the Guggenheim Museum of New York and the MoCA of Los Angeles, the two American institutions holding the most important parts of the Panza di Biumo collection. There will also be a group of significant works displayed from the family’s private collection, lovingly administered by Panza’s wife, Rosa Giovanna Panza, and children.
The exhibition will offer the public a unique opportunity to see these works on display in Italy for the first time:the most secret yet also the most noted part – thanks to the fortune critique of its exponents – of the extraordinary collection Giuseppe Panza di Biumo has created since the 1950s, which includes some of thefinest works by artists like Robert Rauschenberg, Roy Lichtenstein, Franz Kline, Donald Judd, Mark Rothko, Dan Flavin,Hanne Darboven, Jan Dibbets, Joseph Kosuth, Richard Serra, and many more major artists from the United States. The coherence of the collection, which was first begun in the 1950s, reveals much of the spirit with which it has been constructed. For Giuseppe Panza, collecting has always meant attributing an aesthetic and ethical meaning to everyday life, an extremely complex, intimate and passionate relationship that had nothing to do with the notion of financial investment, except in a wholly superficial manner.
A veritable mentor of contemporariness, Giuseppe Panza di Biumo took an early interest in American and European painting of the post-war years, with original intuitions and enjoying personal contacts with the artists, building up a collection that is a fundamental and unconventional document for understanding the artistic evolution ofthe period. This is the collection, the identity of which is now being rebuilt in a broad overview in the Ca’ Pesaro exhibition, presented with the intention of according with the taste and predilection of Panza for silence and broadpauses in faithful testimony to his collecting preferences.
The selection of masterpieces the public will be able to admire in Venice – for the most past never displayed inItaly before – thus had to include the first Rauschenberg painting Panza ever bought: theKickback that so “impressed him” at Documenta II in 1959, “because it contained an atmosphere full of emotions, a depiction of reality completely transfigured by memory and passion, episodes of the moment…”. The exhibition will also include his first Kline, Buttress, bought in 1956 for US $ 550, some of the Oldenburgs brought through Dick Bellamy’s Green Gallery and Robert Ryman’s Murillo 1968, by an artist Panza considered one of the fundamental artists of the century.