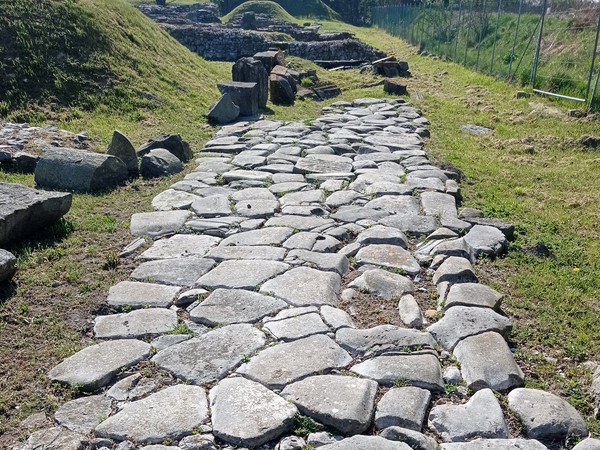 South of the Forum a long stretch of the so-called decuman of Aratria Galla, one of the urban streets of Aquileia, is currently visible. It takes the name of the Aquileian town that financed the paving work in the first half of the 1st century AD.

The road delimits the site of the civil basilica, arranged along the short side of the forum and today only minimally recognizable.

The large building (90 x 29 meters), used for judicial functions and other uses, was built in the early Augustan age, but was radically restructured at the end of the second century AD, with the addition of two opposing apses.

It overlooked the decuman with two entrances and was connected to the porticoes of the forum through a monumental entrance. In an unspecified period, probably in the sixth century, an imposing defense wall was superimposed on it, in which many architectural and sculptural materials from its ruins were reused.