Room IV, the urn with a funeral banquet scene 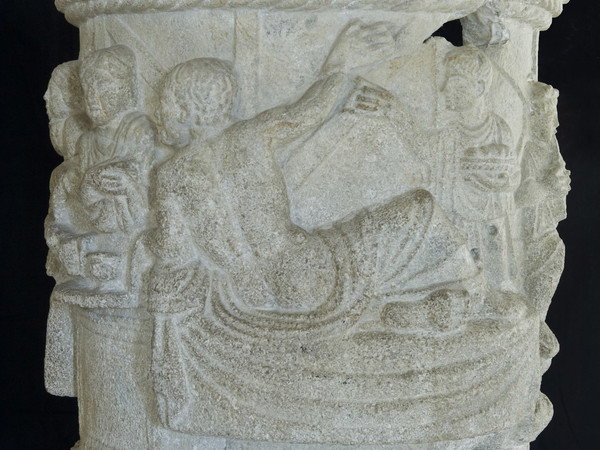 Among the findings of Aquileia Roman necropolis stands an urn dated between the first century BC and the 1st century AD, on which a banquet scene is carved.

The deceased is depicted from behind, while a guest and a servant address him a superstitious gesture of conjuration. This is probably a reference to the banquet that Aquileia families used to celebrate nine days after burial, at the end of the traditional period of mourning.

The urns are among the most typical funerary monuments of Aquileia: they often take the form of wicker baskets and are animated by scenes of daily life, with animal figures guarding the tomb.
Tweet