Basilica of St John of the Florentines 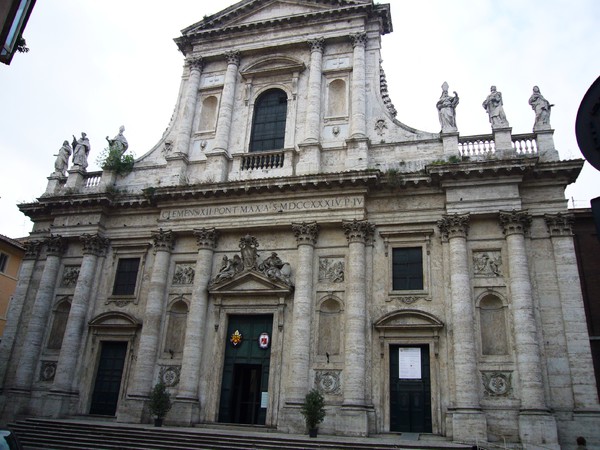 The church of the florentine "nation" in Rome. After various projects commissioned by Pope Leo X to  Sangallo il Giovane, Peruzzi, Michelangelo and Raphael, it was started in 1519 by Jacopo Sansovino, and then worked on by Sangallo il Giovane and Giacomo della Porta. The dome is by Carlo Maderno (1602-20), while the facade is by Alessandro Galilei (1734). Maderno himself is buried here (the stone under the dome) and Borromini (third column on the left). The entire church is a sort of museum of baroque sculpture influenced by Bernini and Algardi.
Tweet