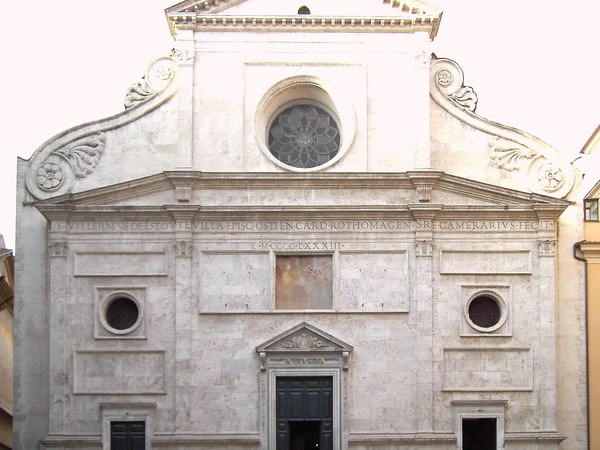 Built between the 1300s and the 1400s on the spot of San Trifone, at the end of the century it was enlarged, its orientation was changed and the stairway was added to better protect it from the overflowing Tiber. The facade, perhaps designed by Leon Battista Alberti, was the work of Jacopo da Pietrasanta, who, like in many other cases at that time, used travertine marble from the Colosseum. The volute at the sides were added by Luigi Vanvitelli who worked on the interior in the 1700s. Next door is the Biblioteca Angelica, once belonging to the augustinians, which was founded in 1606. It was the first public library in Europe.
Tweet