The Basilica of Saint Praxedes 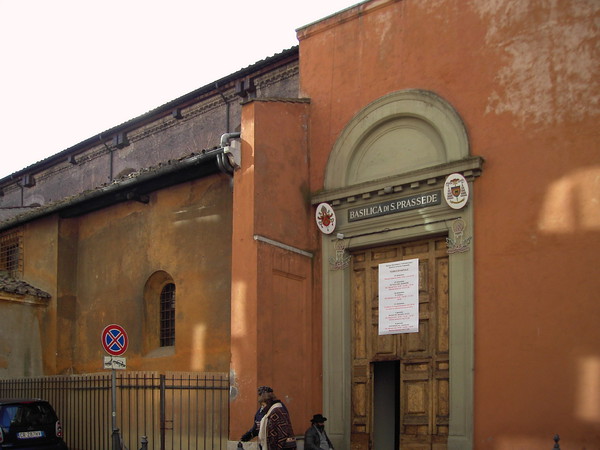 Already existent in 489, the church was rebuilt under Paschal I (817-824) moved from its original position for fear of collapse and embellished with the celebrated mosaics of the so-called "carolingian renaissance". Today, the main entrance is on the side of the church, however, there is an interesting medieval portico in the facade, outside of which can be seen the remnants of a courtyard from the paleochristian era which was even used as a storage area throughout the centuries. Noteworthy are the modifications made in the 1560s by Cardinal Borromeo (future San Carlo) following the sensibilities of the counter-reformation.
Tweet