Castle and Rocca of Giulio II 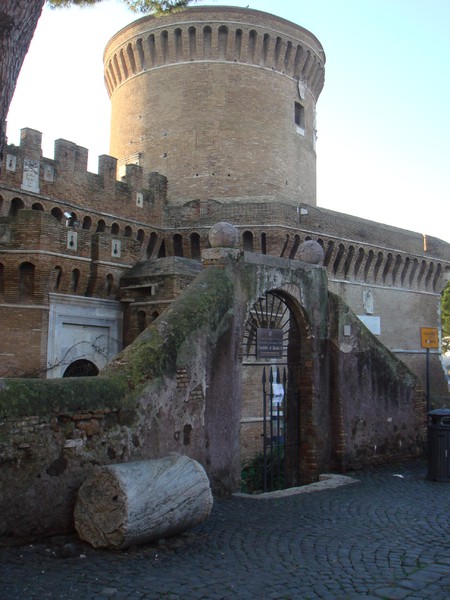 Built between 1483 and 1486, under Sixtus IV, by orders of the cardinal-nephew Giuliano della Rovere, future Pope Julius II. It was designed by the florentine Baccio Pontelli, perhaps with the collaboration of  Giuliano della Rovere.
It has a triangular layout, polygonal bulwarks, a trapezoidal courtyard and three towers, two circular ones and a pentagonal one. The interior grand stairway is adorned with monochromatic and grotesque mosaics by Peruzzi, Cesare da Sesto and Michele di Becca. In front of the castle is the so-called Rocca, a typical high-medieval town fortified in the Ninth Century by Gregory IV and, for this reason, called Gregoriopoli. It was restored in the 1400s, developing around the Church of Santa Aurea, the probable burial place of Santa Monica, the mother of Saint Agustine, who died in Ostia in 387.