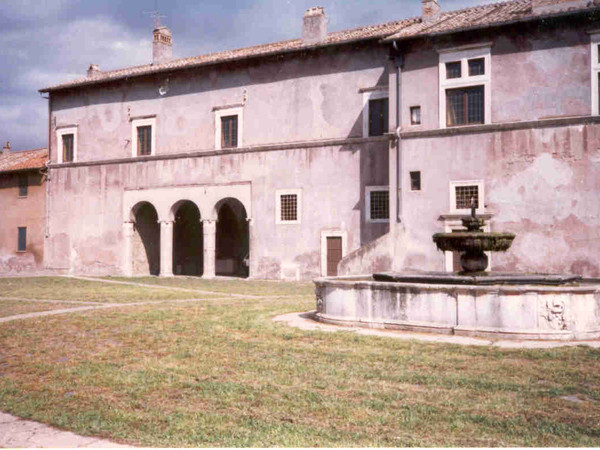 Built by Sixtus IV della Rovere in 1480, as a country home and hunting lodge near the Tiber. It was completed by Innocent VIII, Julius II and Leo X. The architects were probably Bramante and Giuliano da Sangallo. Very little of the original decor remains, its masterpieces, including Padre Eterno which was designed by Raphael (Louvre), and the Dieci Muse from the hall of the same name (Museo di Roma) were all moved elsewhere.
Today, none of fertile soil and rich fauna remain, the area going to waste in the 1600s. It was renewed somewhat with its acquisition in 1959 by the Knights of Malta. It was this order that built San Giovanni Battista Hospital, which remains today.