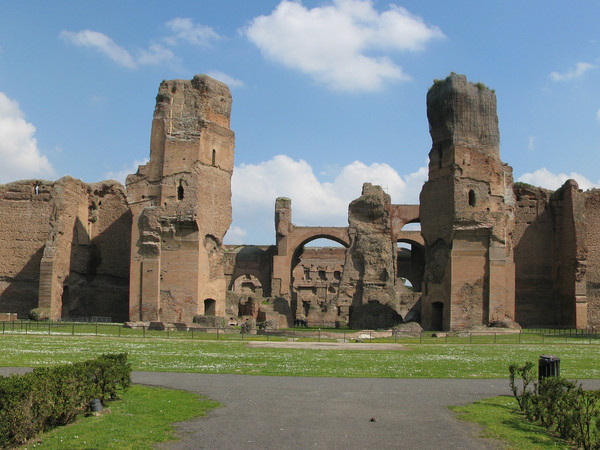 One of the most imposing structures of ancient Rome, called for by the roman Emperor of the Antonine dynasty between 212 and 217 A.D. The baths, which could host 1600 people, were active until 537, when the Goths cut off the Antonine Acqueduct which supplied the baths.
The baths, which occupied a space of 330x330 meters, were surrounded by gardens around the central complex, which contained, not only the typical calidarium tepidarium and frigidarium, but also a stadium, a basilica, a mithraeum and two large libraries, one latin and one greek. The famous statues of Hercules and the Farnese Bull (today at the Museo Archeologico in Naples).