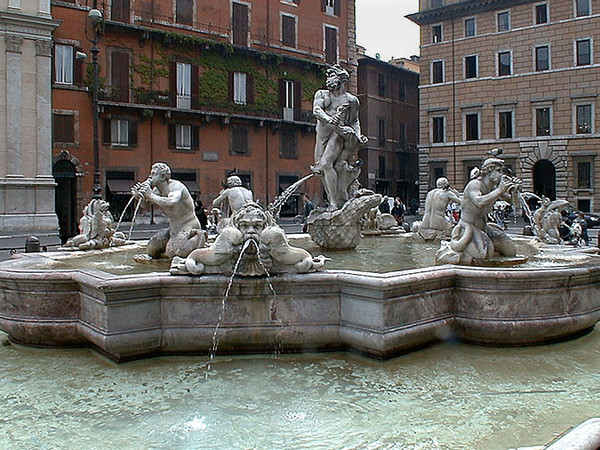 This fountain, erected in 1574 following the plans of Giacomo della Porta during the reign of Pope Gregory XIII Boncompagni, was completely restored in 1653 by Bernini who had received orders from Pope Innocence X Pamphilj. During the restoration of 1874 the four Tritons and the four masks were substituted with copies by Luigi Amici (the originals may be found in Municipal deposits). The central sculpture, designed by Bernini and carved by Giannantonio Mari in 1655, is mistakenly called "The Moor" due to its characteristic facial features but is really a muscular Triton who is riding a dolphin.
Tweet