Tower of the Militia 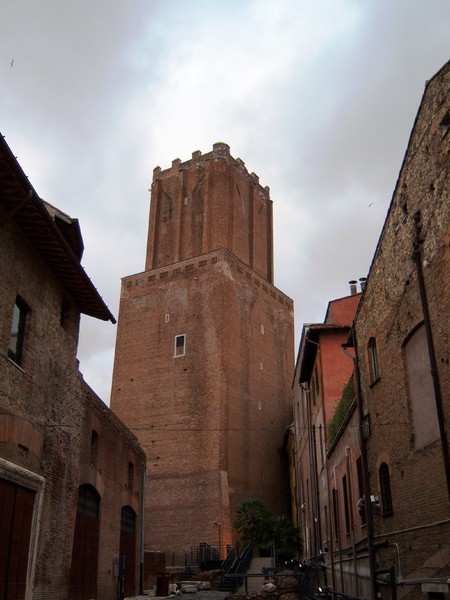 It is the largest residential tower from the Middle Ages to have survived in the city. It was built for the Conti family at the start of the Thirteenth Century and probably owes its name to its proximity to a military zone, altough this has never been confirmed. It was sold to Pope Bonifacio VIII, who fortified it against the Colonna family, which is to say the Annibaldi and the Caetani. In 1348, an earthquake caused the collapse of the third floor and the tilt of the tower, still quite visible. In 1927, it was incorporated into the area of the Trajan Markets. The interior is in tuff, the exterior in brickwork, while the crown with its blackbirds is from restoration work.
Tweet