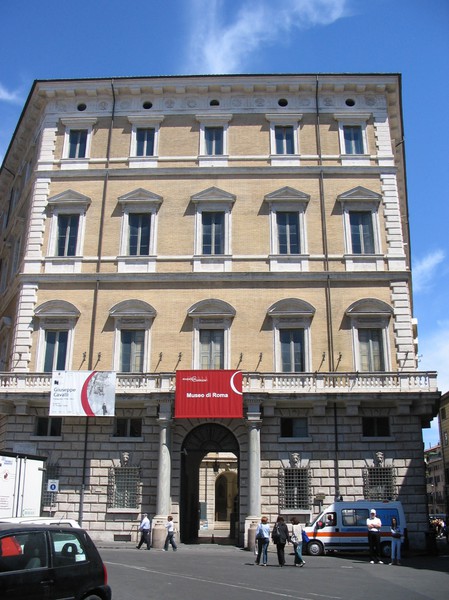 The museum is hosted in the last palace built by a Pope for his family. It was built following a design by Cosimo Morelli for Pope Pius VI in 1791-96 and then finished, after the french occcupation, in the first decade of the following century by Giuseppe Valadier. It became property of the Italian State in  1871 and was home to the Ministry of the Interior. Founded in 1930, the museum was transferred from Piazza Bocca della Verità to its current home in  1952; closed in  1987, reopened in 2002. It has paintings, sculptures and other works that document the history of Rome (views of the city, portraits of popes, etc.).
Tweet