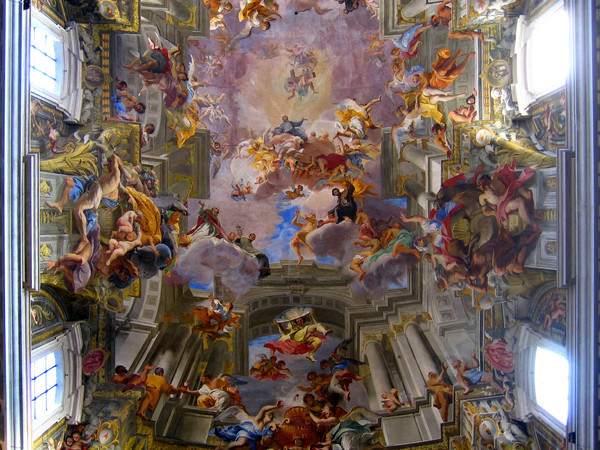 One of the masterpieces of the jesuit painter, in which he uses his full knowledge of perspective, creating a typical baroque illusion of the infinite, following the structure through to the heavens, where the subject matter is ultimately depicted. The vault is covered with figures, but at the center is Christ who radiates light from his chest, striking Saint Ignatius, who illuminates the allegories of the four known continents at the time, an evident reference to the missions of the order which he founded.
Tweet