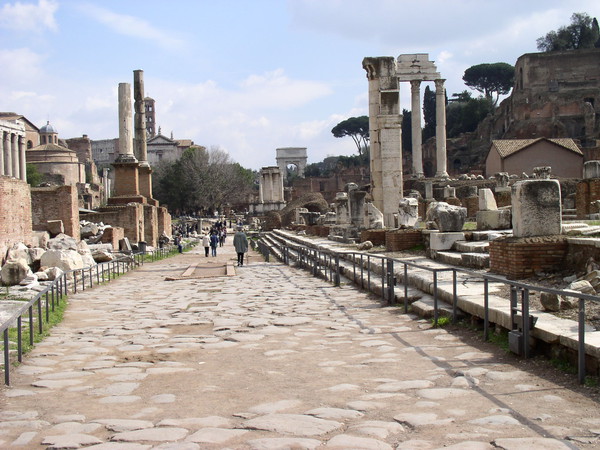 The principal road of the Forums along which are some of the most important sites of the archeological zone: the Emilia Basilica, the only intact basilica from the republican era; the Giulia Basilica, started by Julius Caesar in 54 A.D., the Temple of Castor and Pollux, built in 484 B.C. by  Aulus Postumius Albinus to whom the twin gods appeared during battle; the Temple of Vesta, a small building which stood next to the Regia and the House of the Vestal Virgins to form a single religious complex.
Tweet