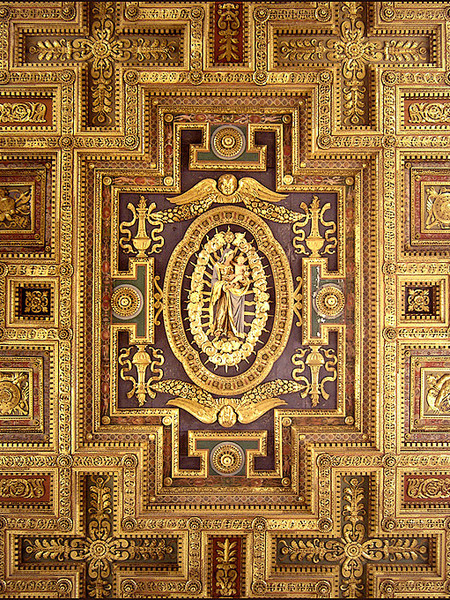 The panelled wooden ceiling was created to celebrate the enormous christian victory against the Turks in 1571 in Lepanto. Started under Pope Pius V Ghislieri (1566-72), it was finished under Gregory XIII Boncompagni (1572-75) from Bologna. Among the panels can be found, besides the crests of the two Popes, continued references to the spoils of war. It should be noted that the triumphant entrance  of the victorious Marcantonio Colonna concluded in this church.
Tweet