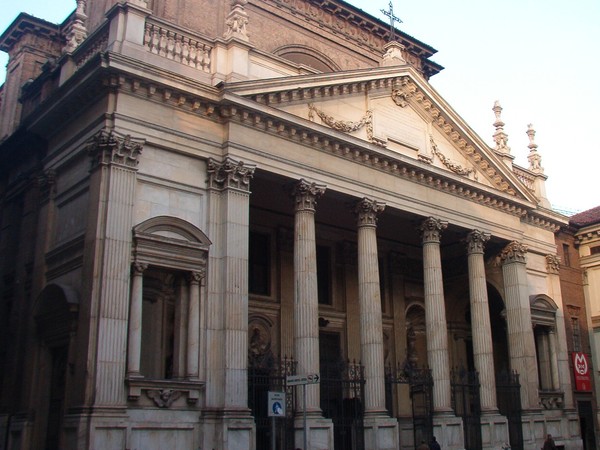 The largest Turin church (69 m) was begun in 1675 by Antonio Bettino and continued in 1679 by Guarino Guarini. The partial collapse of the dome in 1714 resulted in the remake of the building by Filippo Juvarra (1715-30). The neoclassical facade with the Corinthian three-column pronaos was only completed in 1835 by Giuseppe Maria Talucchi. To the right-hand side of the facade there is the oratory designed by Juvarra, with some XVIII-century paintings inside. The single-nave interior is covered by a barrel vaulted ceiling with elliptical windows and stuccoes. From 2010 the high altar Frontal by Pietro Piffetti was moved to the neighbouring MIAAO.
Tweet