Chamber of Deputies of the Subalpine Parliament 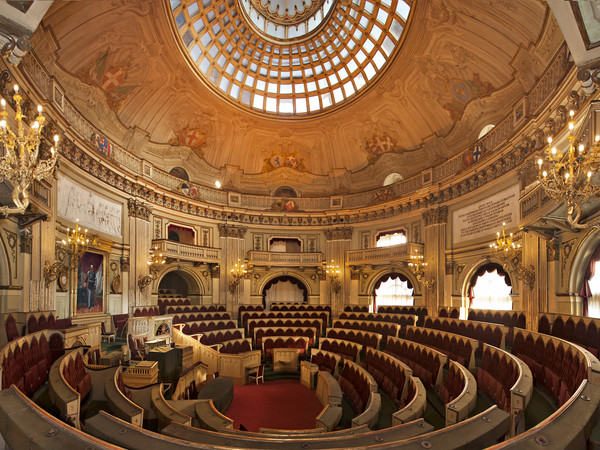 This is a large round hall that was built in the 17th century by Guarino Guarini and used as a banquet hall by the Princes of Carignano until 1830. Subsequently, it housed public offices and the Subalpine Parliament. The decorative work done in 1859 has recently been restored and the hall now appears as it did during the last parliamentary session in 1860, even down to the date and the time on the calendar and the clock. The chairs in parliament that were used by Cavour, Garibaldi, Massimo D’Azeglio, Vincenzo Gioberti and Cesare Balbo were carved by the royal cabinet maker Gabriele Capello (also known as Moncalvo), while the bas-relief of Charles Albert handing over the Constitution by Giuseppe Dini was added in 1898. The Portrait of Victor Emmanuel II is a signed and dated work by Carlo Felice Biscarra (1862).
Tweet