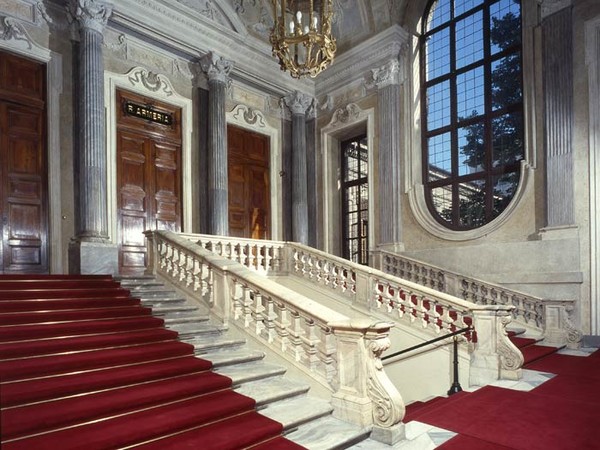 Filippo Juvarra was responsible for the first draft of the ladder designed with small size compared to the current (1733).
The new project by Benedetto Alfieri to the Secretaries of State joins the Royal Palace at the Royal Theatre and the State Archives and was built between 1738 and 1740.
The walls include several interesting sculptures: the nine surveys with stories of sea monsters, placed under the eaves and the work of the Milanese school of the sixteenth century; busts of Flora and Diana, performed by the French artist Pierre Legros in the eighteenth century and placed above the doors, in comparison to the other two classical busts depicting Marcus Aurelius and Demosthenes. An antique marble is also the figure of Minerva in the central niche.
Tweet