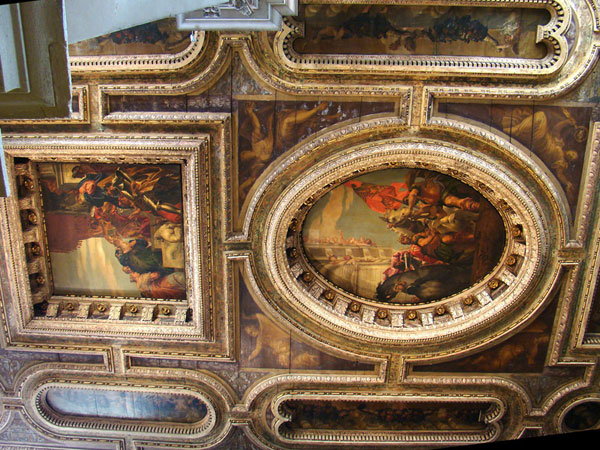 The large paintings on the ceiling celebrate the story of Esther, heroine of the Old Testament, who saved the Jews from King Assuerus, incited by his minister Aman. The cycle opens with the repudiation of Vashti, Assuero’s first wife, whose place is taken by Esther in the central painting. The final painting shows the triumph of Mardocheus, the girl’s father, and the condemnation of the cruel Aman.
Tweet