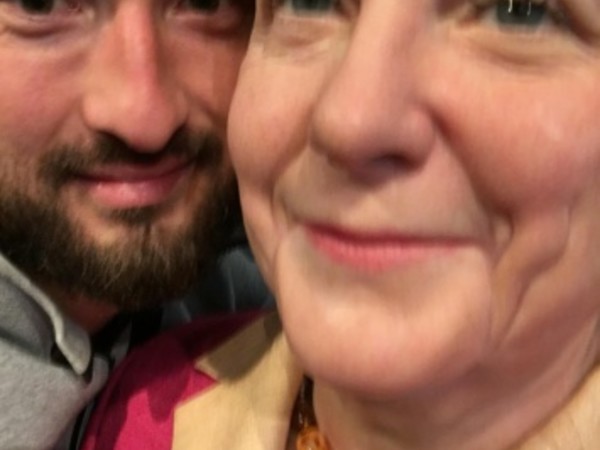 Indirizzo: via A. Tadino 20


“Heaven” is an exhibition presented within a sculptural labyrinth, containing a series of recent works that lead the viewer through the gallery space to a secret chamber. Throughout the labyrinth viewers continuously encounter “paintings” from the series Masks (Merkel) 2015 – a set of works on linen depicting the face of Angela Merkel made with the make up products used by the German Chancellor herself. Fujiwara met the chancellor’s make up artist during a film shoot and invited her to his studio where she produced a portrait of Merkel using her make up. Fujiwara enlarged this portrait by 1000 times and began to reproduce, in sections and by hand, the chancellor’s face with the identical materials creating a “fragmented, pixelated image of the iconic leader that is too large and too close to comprehend as an image”. Although at first glance, the works appear to demand the viewer’s attention as individual paintings, the artist considers the works as “factual material documents”, a 21st century version of the Turin Shroud that allegedly once wrapped the body of Christ. In this exhibition approximately 20% of Merkel’s face is represented.
The labyrinth, complete with architectural interventions and body-triggered lights offers visitors a sense of choice, participation and physical recognition. The sound of singing children echoes through the white spaces, audio from a video document of the artist at the age of ten in a school musical adaptation of The Sound of Music. In the video Fujiwara plays Captain von Trapp, the patriarchal head of an Austrian family under threat from Nazi invasion. The song “Edelweiss” - although intended as a resistance song - is a highly nationalistic ballad sung by the young Japanese artist in Britain in the early 1990s.
Together with the Masks Fujiwara presents a series of readymade objects from a series titled Innocent Materials. Here Fujiwara asks a philosophical sculptural question: can material be innocent of political and economic associations? And if so, can material itself be guilty? A blonde, artificial hairpiece presented as both an inviting portal and a sealed reliquary, a freshly cleaned baby christening dress, a replica of the Anne Frank diary produced as merchandise containing blank pages to complete yourself and a transparent politician’s speaker podium are among the items that punctuate the space. For Fujiwara these items embody the contradictory values of democratic capitalism, possessed with it’s own image of freedom and participation but ultimately controlled and reserved, sensual and emotionally evocative yet clean and consumable. Together these works create an entire sculptural experience that is at once engaging but repetitive, a journey through a landscape that appears to offer choices but is ultimately indifferent to the viewer. If heaven is a place that exists, what is held there? And what is the price we pay to protect it?

I know not of the reason
Why I’m so sad at heart.
A tale of bygone ages
Haunts me and won’t depart.

The air is cool at nightfall
The Rhine courses its way.
The mountain’s peak does sparkle
With evening’s final ray.

The fairest of the maidens
So marvelous up there,
Her golden jewels are shining,
She combs her golden hair.

And with her comb so golden,
she sings a song as well
Whose melody is binding
And overpowering spell.

Now in his boat, the boatman
Is seized with savage woe,
He looks up at the mountain
And shuns the rocks below.

So when the waves devour
The boat and man as one;
She sings her final words tonight;
“Fair Lorelei is done”
Adapted from a poem by Heinrich Heine, 1822