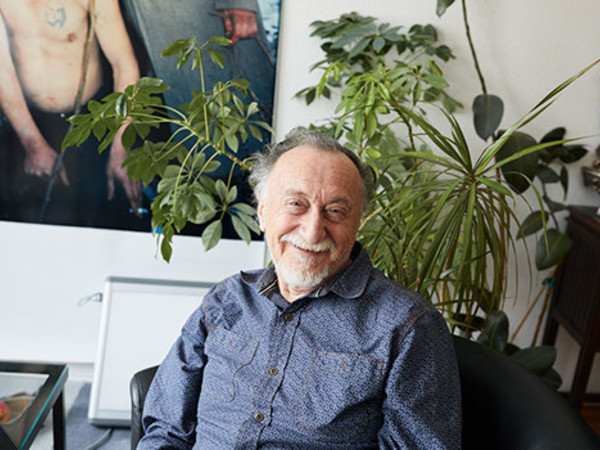 
Photographer Boris Mikhailov will represent Ukraine at the 57thInternational Art Exhibition—La Biennale di Venezia. Ukraine’s participation is commissioned by the Ministry of Culture of Ukraine and organized by Dallas Contemporary, a Kunsthalle in Dallas, Texas. The pavilion is curated by Peter Doroshenko and Lilia Kudelia.

“For over thirty-five years Boris Mikhailov’s photography has influenced the dialogue about art and culture in Eastern Europe. It will be important to see Mikhailov's newest works at the Ukrainian Pavilion at the Biennale Arte 2017. He is a creative visionary not only for Ukraine and Europe, but for the world.”

― Peter Doroshenko, Executive Director at Dallas Contemporary “Since the early 1970s, Boris Mikhailov has been developing a language of conceptualism in photography that undermined the official canons and taboos of the art of socialist realism. Mikhailov’s work has brought him incredible international respect and come to largely define the role of the city of Kharkiv in the contemporary Ukrainian art. Honest and nuanced, his vision keeps nurturing the work of emerging artists.”

― Yevhen Nyschuk, Minister of Culture of Ukraine “I tried to express the crisis through the Suprematist disintegration of the figurative by examining the broadcast of parliamentary debates and the interaction of verbal and visual manifestations that correspond with these images.”

― Lilia Kudelia, Assistant Curator at Dallas Contemporary
Born in 1938 in Kharkiv, Mikhailov became a major figure in Ukrainian art by providing a poignant and haunting perspective on the role of the individual in Soviet and post-Soviet conditions. He began experimenting with photography while working as an engineer in the early 60s. Since then, Mikhailov has produced more than 30 photographic series and published over 20 photobooks. Mikhailov was the recipient of the 2012 Spectrum International Prize for photography, the Citibank Photography Prize (later renamed Deutsche Börse Photography Prize), the 2000 Hasselblad Foundation International Award and the 1999 Krazna-Krausz Photography Book Award. Past solo exhibitions include MoMA, ICA Boston, Tate Modern, Fotomuseum Antwerpen, Berlinische Galerie, Haus der Kulturen der Welt, Kunsthalle Wien, and Centro Italiano per la Fotografía, among others.