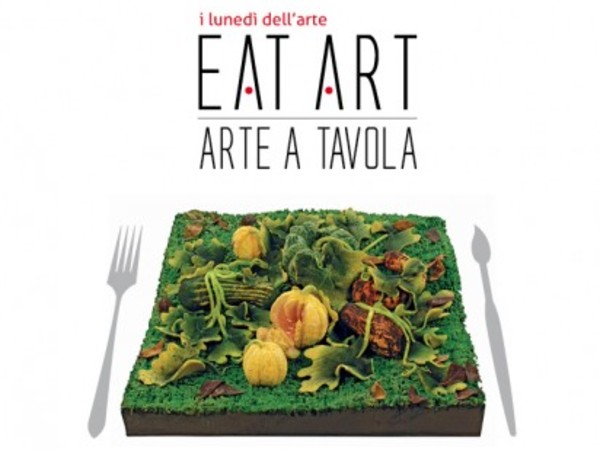 Four world-class chefs and contemporary art: these are the basic ingredients of the meetings of Eat Art - Art in the Table, the initiative planned by the Foundation De Fornaris from February 9 to March 2, 2015 at 18:30, in the conference room of the GAM .

Big "artists of the kitchen" by Danilo Eccher, explaining what their relationship with contemporary art and how this has affected their profession of chef.

Monday, February 9 maestro Gualtiero Marchesi focus his speech on the relationship with the artists that have inspired historians dishes: Pollock with "Dripping fish", "The egg Burri", Piero Manzoni with "The Achrome Sea Bass" and Hsiao Chin with "Risotto flavored with white truffles and blacks ...".

On Monday 16 February tristellato Massimo Bottura, chef at Osteria Francescana in Modena, will talk about their passion for contemporary art, which resulted in his restaurant works by Francesco Vezzoli and Maurizio Cattelan. They are also deeply marked by love for contemporary art in two of his most famous dishes: "All the Languages of the World" and "Camouflage".

The protagonist of the meeting of Monday, February 23 will be Enrico Crippa, chef of Restaurant Piazza Duomo in Alba, where you can admire the works of artists such as Francesco Clemente. It is certainly not a coincidence that one of his most popular dishes is called "Panna Cotta Matisse".

Eat Art - Art in the Table is an initiative of the Foundation Guido and Ettore De Fornaris which collaborated Enrica Melossi, inserted in the appointments of Expo - Exto 2015.
At the end of every meeting there will be a cocktail from Excantia and Gerla.