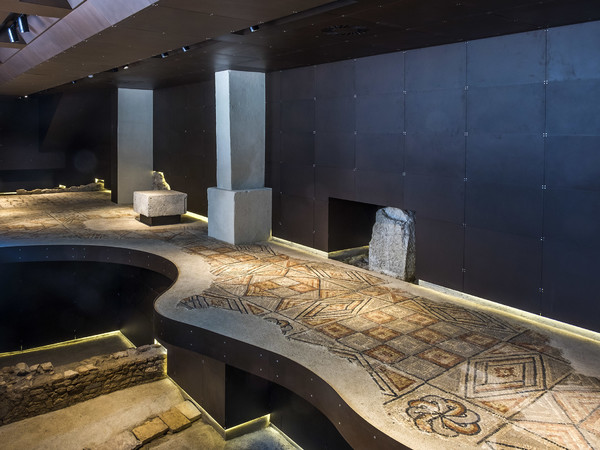 The “Violin barn” complex, a rustic building in use until the late 1950s, stands on important archaeological remains, most probably from the bishop’s residence. The excavations in 1960 and in 2009–10 (when the area had been tidied up) brought to light extensive remains of a mosaic bounded to the east by a long wall and to the north by rooms with floors made of mosaics and small brick tiles. The remains have been kept visible both within the “barn” and outside. In the planned new design, the building will become a visitor centre for the archaeological area in the Cossar zones.
Tweet