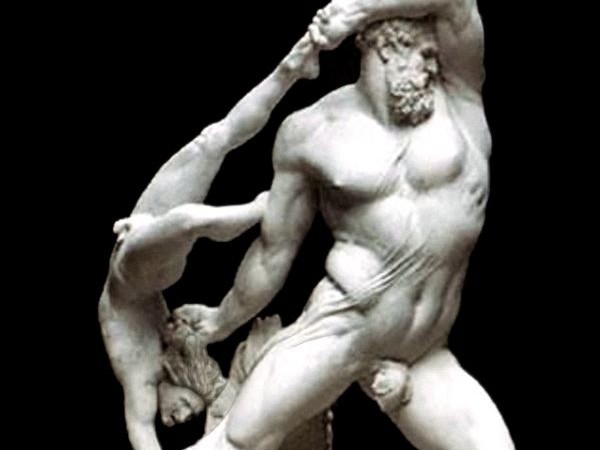 Commissioned by Onorato Gaetani d’Aragona in 1795, it was finished twenty years later thanks to a contribution from the roman banker Giovanni Raimondo Torlonia. The work was placed in Palazzo Torlonia in Piazza Venezia and, after its demolition in 1905, brought to the Galleria Corsini, where a special hall was created for it with a skylight. Since 1917, it has been at the Galleria d’Arte Moderna. It depicts the fury of Hercules, who after putting on the shirt poisoned by his jealous wife Deianira, delivered by the unknowing Lica, he hurls the latter into the sea.
Tweet