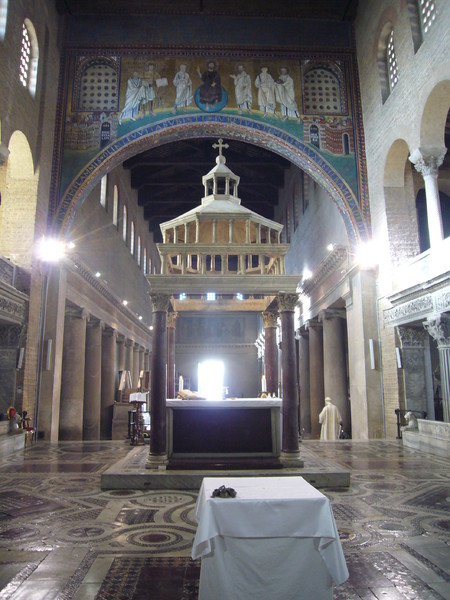 The presbytery contains various masterpieces, including the ciborium (the piece above the altar), signed by roman marble workers Giovanni, Angelo, Pietro and Sasso, sons of Paolo: it is one of the masterpieces of the Twelfth Century in Rome and was restored in the 1800s. Behind this is the  Cattedra Episcopale (1254) in porphyry, serpentine and mosaic. On the Arc of Triumph is a mosaic from the Sixth Century depicting Jesus, Saints and Pope Pelagius, Commissioner of the Work.
Tweet