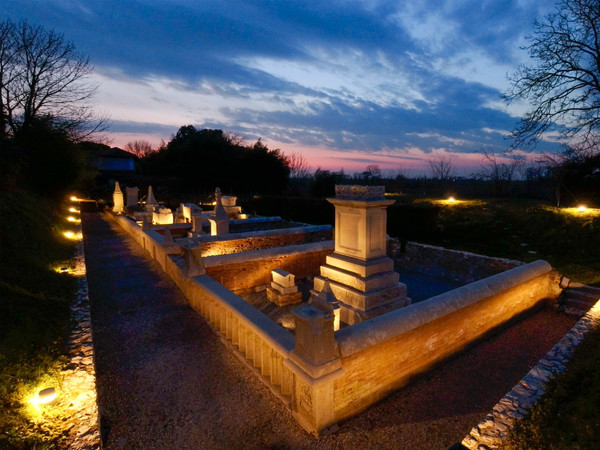 The only section of the necropolis currently open to visitors in Aquileia is characterized by five funerary enclosures, which were arranged on a secondary road leaving the city.

Of variable dimensions in length but of equal depth, they belonged to as many Aquileian families (Stazia, anonima, Giulia, Trebia, Cestia).

The enclosures were used starting from the 1st century AD. In the case of the fourth funeral area, its use lasted at least until the 4th-5th century, as evidenced by several late antique sarcophagi, some placed on brick pillars to give an idea of the original finding quota.
Tweet