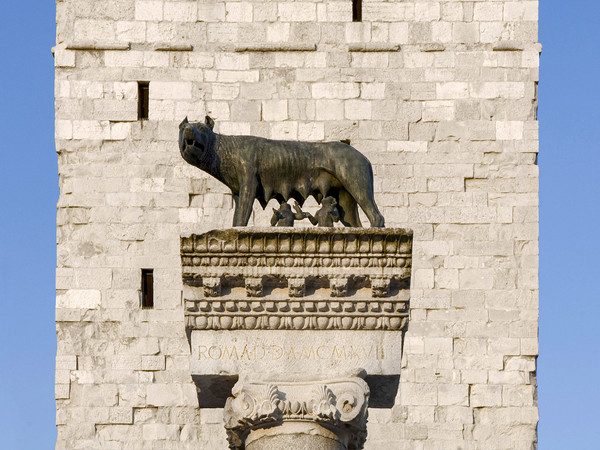 The replica of the Capitoline Wolf was donated by the city of Rome in 1919, according to the inscription, to mark the twentieth centenary of the colony’s foundation (c.181 bc). It stands on a section of architrave, a column shaft and a base (all ancient). Installed on Via Poppone near the bell tower, the monument reflects the nationalistic climate of the time, buoyed by Italy’s victory in World War I. Indeed, the Capitoline Wolf was intended as a tangible sign of Aquileia’s return to the Italian fold, along with the whole of eastern Friuli, which until 1915 had belonged to the Habsburg Empire.
Tweet