Church of Santa Maria in Vallicella, or New Church 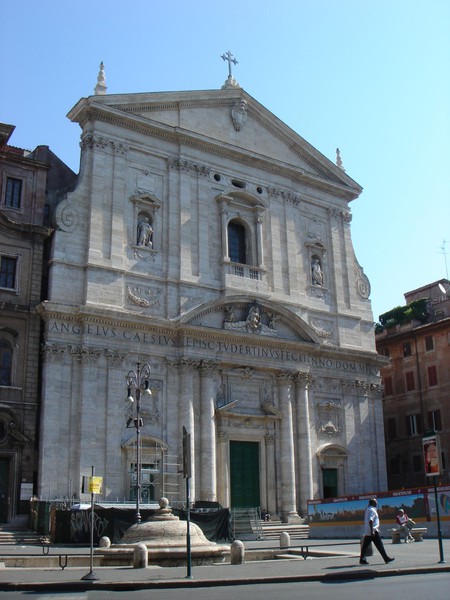 Already in the Thirteenth Century there was a church here, in the tiny valley of Campus Martius, dedicated to the Nativity of the Virgin. However, the current building was built in the 1500s at the urging of San Filippo Neri, who founded his Congregazione dell’Oratorio here in 1551. The work started in 1575 with Matteo di Città di Castello, who built a church with a single nave with four tiny chapels on each side, to which  Martino Longhi il Vecchio added another two chapels. The facade in travertine is by Fausto Rughesi (1594-1606). Next door is the Palazzo dei Filippini, masterpiece of Francesco Borromini (1637-43).
THINGS TO KNOW: The Madonna della Vallicella is a miraculous fresco from the 1300s depicting the Virgin which, struck with a stone in 1535, actually bled and today is on the main altar where it is visible, thanks to an automated system, behind the altar piece of Rubens.
Tweet