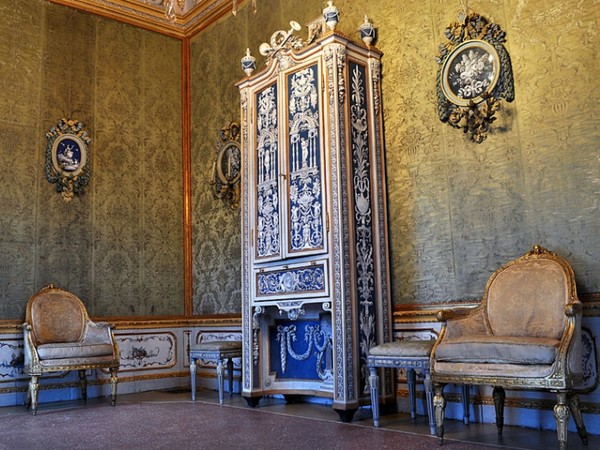 This exquisite item of furniture is a sort of all-in-one office, because it can serve as a cabinet, a desk and a little bookcase when it is opened. It was made by Giuseppe Maria Bonzanigo, a member of a leading family of carvers and organ builders from Lombardy or Ticino who moved to Piedmont in the 18th century. Bonzanigo trained under the cabinet maker Pietro Piffetti, who was also probably a member of his family. Bonzanigo joined the Confraternity of Saint Luke in 1772 and worked for the House of Savoy from the following year until the early 19th century. This magnificent item of furniture features white and sky blue depictions of Renaissance-influenced grotesques and candelabra. Above, there are four vases and two crossing trumpets, which is a symbol of fame.
Tweet