The Woman and the Suit of Armour 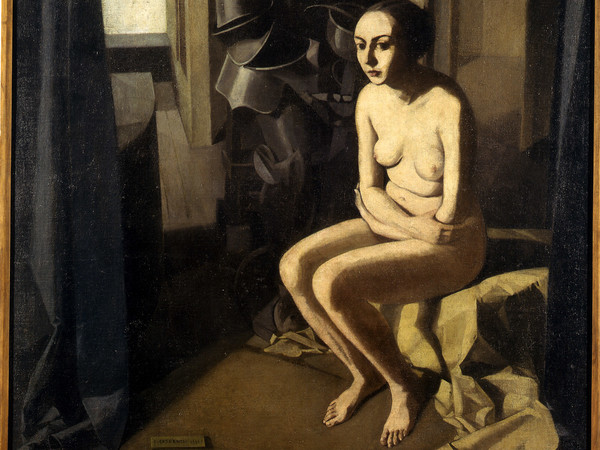 This is one of the most famous paintings from Casorati’s early period in Turin. It plays on a number of contrasts: “between the cool light of the window and the warm light of the flesh, (...) between the chaotic masses of the steely armour and the soft, rounded figure” (Pietro Gobetti, 1923).
In this tempera painting, Casorati seems to have left behind the expressive tension that appeared in his works in the years immediately prior to this. There is still a sense of a fixed image which is emphasized by the unmoving gaze of the woman, but the chiaroscuro does not create an overly dramatic effect, even though it is very pronounced. The GAM museum in Turin has two preliminary sketches of the work in which the final composition is already clearly outlined.
Tweet