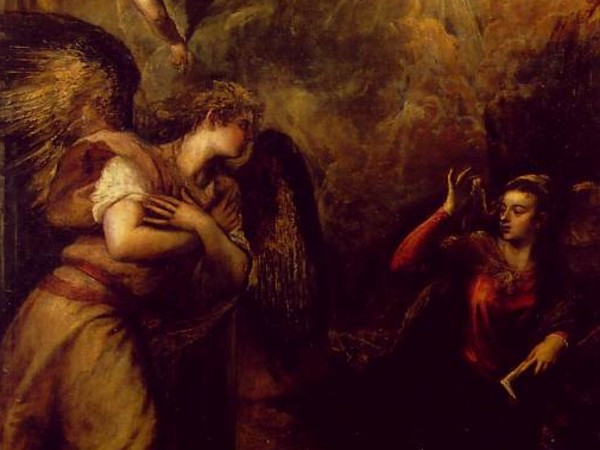 The painting, signed at the bottom, was commissioned by the merchant Antonio Cornovì in 1559 and was carried out a few years later as shown by the frayed canvas typical of Tiziano's later works. The Virgin is shown as she recoils in fear at the angel's appearance and the explosion of light. The “glowing” flowers in the vase and the inscription allude to the burning bush of Moses and the virgin conception of Mary.
Tweet