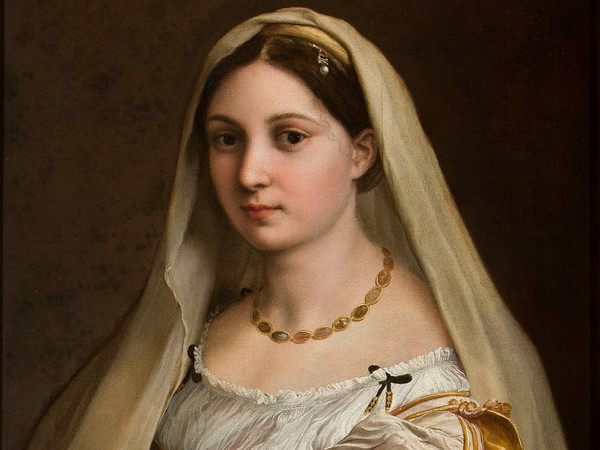 
The world-wide celebrations will culminate in a mega-exhibition opening in Rome at the Scuderie del Quirinale on 5 March with over a hundred works by the master never before gathered together.
With over two hundred masterpieces, including paintings, drawings and works for comparison, this major event focuses exclusively on Raphael, superstar of the Renaissance, in the fifth centennial of his death in Rome on 6 April 1520 at the age of just 37.
Simply entitled RAPHAEL, the exhibition constitutes the high point of the world-wide commemorative celebrations and the showpiece of the programme approved by the national committee specially instituted by the Heritage Minister Dario Franceschini and chaired by Antonio Paolucci.
Jointly organized by the Scuderie del Quirinale (owned by the Presidency of the Repubblica and managed by the Ministry of Cultural Heritage through the in-house company ALES) and the Uffizi, the exhibition is curated by Marzia Faietti and Matteo Lafranconi with the assistance of Vincenzo Farinella and Francesco Paolo Di Teodoro.
An authoritative board of advisors chaired by Sylvia Ferino has helped to develop the work of the curatorial team in greater depth by fostering fruitful dialogue with the world’s most highly accredited experts, including Nicholas Penny (former director of the National Gallery in London), Barbara Jatta (director of the Vatican Museums), Dominique Cordellier (Louvre), Achim Gnann (Albertina, Vienna), Alessandro Nova (Kunsthistorisches Institut, Florence).
The vast body of over 100 paintings and drawings by Raphael assembled for this occasion constitutes the largest ever seen all together in the world.
The contribution of the Uffizi has proved crucial also in terms of loans: a total of about 50 works, over 40 of which by Raphael. The host of other museums of international importance that have helped to enrich the event with masterpieces from their collections includes the Gallerie Nazionali d’Arte Antica, the Pinacoteca Nazionale (Bologna), the Museo e Real Bosco di Capodimonte, the Museo Archeologico Nazionale (Naples) and the Fondazione Brescia Musei in Italy as well as the Vatican Museums, the Louvre, the National Gallery (London), the Prado, the National Gallery of Art (Washington), the Albertina (Vienna), the British Museum, the Royal Collection, the Ashmolean Museum, the Musée des Beaux-Arts (Lille). A total of over 200 works will be on show.
While focusing in particular on Raphael’s crucial Roman period, which established him as an artist of peerless and legendary mastery, the exhibition retraces the whole of his complex creative trajectory with a wealth of detail. The beloved creations of world-wide renown on show include the Madonna del Granduca and Woman with a Veil from the Uffizi, St Cecilia (Pinacoteca, Bologna), the Alba Madonna (National Gallery, Washington), the Portrait of Baldassarre Castiglione and Self-Portrait with Friend (Louvre) and the Madonna of the Rose (Prado).
The inauguration will take place on 3 March 2020 in the presence of the highest authorities of the Italian state and official representatives of the principal lender countries.
The exhibition will open to the public on 5 March and end on 2 June.

QUOTES
Dario Franceschini, Minister of Cultural Heritage and Tourism:
The Raphael exhibition is a major European show, gathering highlights never seen before all together. An appropriate tribute to celebrate the rank and the fame of such a universal artist in occasion of the 500th anniversary of its death.
The prestigious event at the Scuderie del Quirinale, as the one devoted to Leonardo at the Louvre, is the result of a fruitful collaboration among the more relevant museums and collections in Italy and worldwide; it will make possible for the audience to admire an outstanding selection of Raphael's works.

Mario Di Simoni, President and Chief Executive of Ales- Scuderie del Quirinale:
Organized together with the Uffizi, the Raphael exhibition attests to the key role performed by the Scuderie del Quirinale in close collaboration with the system of state museums and ideally crowns the 20th anniversary of its opening to the public.
Eike Schmidt, Director of the Uffizi:
The Uffizi, which holds the world’s largest collection of paintings and drawings by Raphael, is delighted to take part in the organization of this pivotal anniversary celebration so as to offer a new and deeper vision of the master and especially the period he spent in Rome. It is no coincidence that the exhibition, the fruit of unprecedented collaboration between the Uffizi and the Scuderie del Quirinale, is being held in Rome, the city that symbolizes the national dimension of the master’s art and ideas rather than just marking a stage in his life.