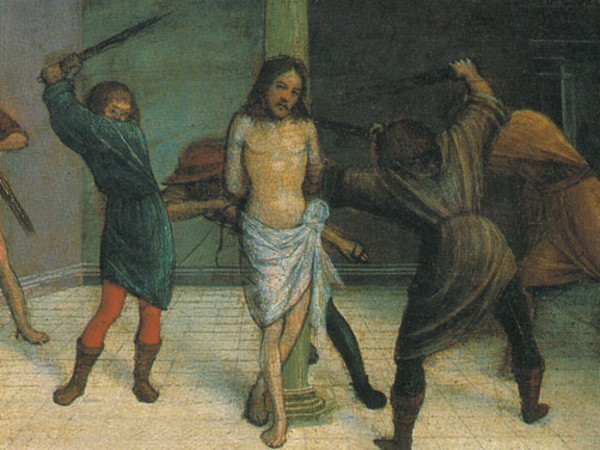 This polyptych was produced for the altar of the Chapel of the Confraternity of Cobblers. It was one of the large works made for the new cathedral of Turin, which was built for Bishop Domenico della Rovere and completed in 1498. It is an important work that was painted by Giovanni Martino Spanzotti, possibly with contributions from Defendente Ferrari. There are 18 panels, eight of which are painted on both sides because they originally served as the doors to the complex. Today, they are displayed in stucco frames on the walls and in the vault of the apse. The structure was based on a traditional large German flügelaltar. The iconography celebrates the story of Crispin and Crispinian, the patron saints of cobblers. They were martyred in the 3rd century AD in Belgium, where they made shoes and did missionary work. In addition to the Virgin and Child in the centre, Ursus and Theobald also appear in the five main panels. Above them are the half-length figures of Saints Crispin and Crispinian.
Tweet