The Rabbi of Vitebsk 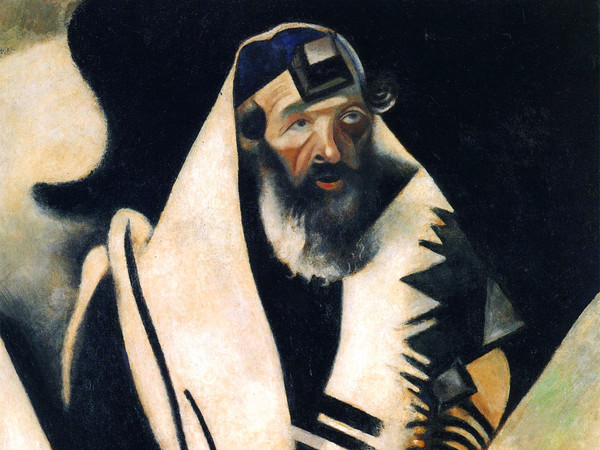 The picture, created entirely with interlinking sections of black and white, depicts a Jew dressed for morning prayer. Chagall tells us that he created the first version of this painting in the city of his birth, Vitebsk, as a portrait of an old man whom he had asked to wear his father’s prayer habit. He then made two replicas, one of which is shown here.
Tweet