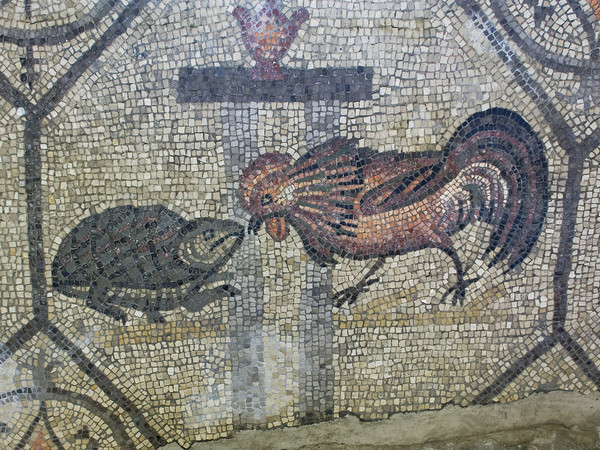 Perhaps the best known depiction of the Theodorian mosaic in the north hall of the basilica of Aquileia is the fight between the rooster and the turtle.

The bird, with its ruffled feathers, is about to attack the turtle, fearfully holed up in her shell. Between the two animals there is a small column to support a beautiful container, the prize of the struggle, according to ancient custom.

The meaning is clear: the rooster, herald of light, is an allegory of Christ; the turtle, "inhabitant of Tartarus", that is of the Underworld, is a symbol of the dark powers of evil.