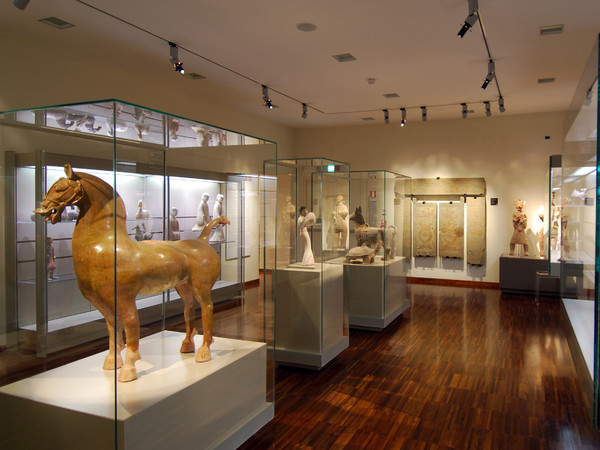 The Gandhara section contains artworks inspired by Buddhism that were created in Afghanistan and Pakistan between the 2nd century BC and the 5th century AD. In the India gallery, there are bronzes, terracottas and paintings by Buddhist and Hindu artists from Kashmir and East Pakistan (from the 2nd century BC to the 19th century AD), while the items from Southeast Asia combine a strong Indian influence with typical features from the local cultures of Thailand, Burma, Vietnam and Cambodia. Tantric Buddhism is one of the distinguishing features of the pieces in the section for art from Himalayan countries (Ladakh, Tibet, Nepal, Sikkim and Bhutan). In the halls for Islamic art, there are bronzes, pottery and manuscripts from the Middle East, Persia and Turkey, as well as the former Soviet republics of Central Asia. Finally, the numerous collections of works from China and Japan reveal the high quality and refinement of the ancient cultures of the Far East.
Tweet