It was part of an exhibition at the Brera, next to the restored Pietà

The Pietà by Bellini returns to Rimini 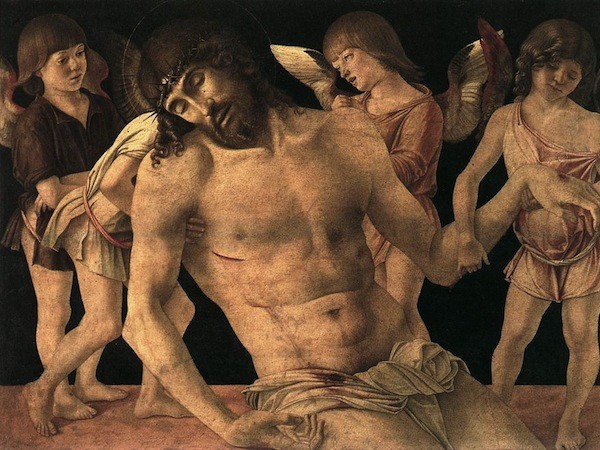 Rimini - The "Pietà" by Giovanni Bellini, depicting Christ supported by four angels, has found its place in the  Malatesta hall of the Museo della Città di Rimini.

The artwork, one of the most important of the gallery, came back from Milan after being displayed for three months at Brera, and can now be admired by all those who travel to Adriatic city for the summer.

Its presence in the exhibition, organized on the occasion of the restoration of the Milanese "Pietà", was very important. Among the many versions of this subject-matter painted by the artists, they both belong to his early maturity and were probably painted around the same years.